When You Cannot Change 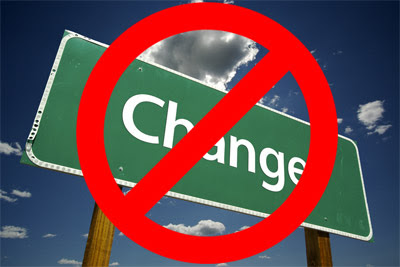 (Source: www.aeccglobal.com)
Why is it that we often believe God can do everything but help us stop scratching our itch?

I was this person. I believed God for EVERYTHING concerning EVERYONE but me. I believed God wholeheartedly that all my single friends would marry amazing people. These same friends would also start new businesses, become best-selling authors, create new products, travel the world as experts in their respective fields, and prosper in all of their endeavors.

For myself however, I believed God for “food on the table and clothes on my back.” I was grateful for what I had, but I was afraid to trust God for the unexpected in any area of my life. I guess I didn’t want to be disappointed or ‘‘bother’’ God with supplications for myself, so I found contentment in the here and now. The only problem, beyond my actual discontentment, was that the limitations I put on my prayer life created a very thick glass ceiling.

Glass ceilings are invisible and as a result, I ran into a lot of headaches when I finally desired to elevate in life. No matter what area I strived to grow in, I kept hitting my head on something I didn’t even know was there. What’s worse is that I created it.

Having shattered many of the ceiling layers now, I can look back and say the following characterized my existence under the dearth of trust I had in God to change areas of my life.

1. A Life of Hopelessness
“Now may the God of hope fill you with all joy and peace in believing, that you may abound in hope by the power of the Holy Spirit.” Romans 15:13 (NIV)

I didn’t know I was living a hopeless life. My plans included graduating high school, obtaining a bachelor’s degree, and moving on to complete a master’s degree. After the master’s, I decided to opt out of the PhD for some time, and go into the work world. This is where the signs of hopelessness became evident. There were no more plans in my reservoir. The next step in my life was a mystery. With two degrees, several unemployment checks, and no road map, my future looked bleak. Sleeping on the couch in my mother’s living room and living out of the one suitcase of belongings I had to my name seemed to be it. What did I have to hope for when I already decided nothing would change? Trusting in God was the only option I had, and I did not know how to accept that option. As a result, I did not see joy or peace, but rather a half empty glass.

2. A Life of Anxiety
“Be anxious for nothing, but in everything by prayer and supplication, with thanksgiving, let your requests be made known to God; and the peace of God, which surpasses all understanding, will guard your hearts and minds through Christ Jesus.” Philippians 4:6-7 (NKJV)

I worked very hard to achieve the best. There is nothing inherently wrong with this, but it became increasingly difficult to trust God for help when I thought I had to use all my strength and energy to make things happen. I always thanked God at the end of the job, but never depended on Him during the ‘‘in between.” I did not want to be a person who had faith without works, so I did not relinquish control to Him during the process. Self-reliance left me overwhelmed and anxious. I did not view anxiety as a problem, but simply counted it as a norm in my life. I identified myself as an anxious person, became content, and expected to have anxiety attacks anytime I would plan projects/events.

3. A Life of Displeasing God
“But without faith it is impossible to please Him, for he who comes to God must believe that He is, and that He is a rewarder of those who diligently seek Him.” Hebrews 11:6 (NKJV)

This one is a hard pill to swallow, but a very necessary one. I believed that God existed, but I could not call on Him regarding myself. It was like I felt unworthy to be heard unless I was praying about something other than myself. Hebrews 11:6 says that the faith needed to know He exists is the same faith that knows he will reward those who seek Him. In order to be rewarded, He has to hear us. Thus, it’s impossible for me to believe He exists, but not have faith that He hears and rewards. Faith is faith, either we have it or we do not. I simply did not. I knowingly disbelieved that God could work in all areas of my life.

The Hope for Change
Ultimately, even if I believed God could change me, I had to want change (John 5:6). There is a big difference between doubting what God can do for you and simply not wanting God to intervene. Once I decided I wanted change and believed God was actually mighty to save me, demolishing my glass ceiling began.

Every great story has two main characters, the protagonist and antagonist. The first conquers many challenges and evolves throughout the novel. The latter typically does not evolve, but rather creates his or her own demise by the end of the story. Which character do you want to be in your own life’s story, the one who evolves, or the one who dies stagnant? God is the master author and can write a great manuscript for you, if you let Him.

Will you trust Him for your change today?

“…The same power that rose Jesus from the grave


The same power that commands the dead to wake


The same power that moves mountains when He speaks


The same power that can calm a raging sea